Abby Lee Miller has been on quite a journey. The former Dance Moms star — who has been in prison for bankruptcy fraud since July 2017 — has dropped 45 kilos over the last year and revealed her new look in an Instagram photo on January 21.
“Sometimes in life you make mistakes I trusted the wrong people and didn’t pay any attention to things I should of. I’m more than sorry for the mistakes I have made,” the 51-year-old began the lengthy caption on a photo that showed her in her prison jumpsuit surrounded by visitors.
“My world flipped upside down when I had to enter prison. I did so with grace, the stories you read about me been [sic] a princess are untrue.” 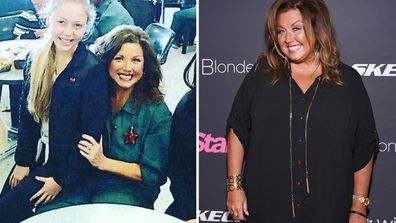 Abby Lee Miller in January 2018 (left) and April 2017; Images: Instagram, Getty “I have made friends with both inmates and staff,” she continued in her post. “I’ve tried to better myself, participated in anything offered to me and I am a better person for this experience.” Although the beleaguered dance studio owner and reality TV star was sentenced to 366 days in a California prison, the ET source says she will be let out of prison early, on February 22. Upon her release, Miller will report directly to a halfway house for an unknown amount of time. She was sentenced in May 2017 for bankruptcy fraud in Pittsburgh, Pennsylvania and for bringing $120,000 USD of Australian currency into the United States without reporting it. Miller was subsequently replaced on Dance Moms by Cheryl Burke. Read more…

« Is it now time for more stomach reduction surgery to deal with the growth in Type 2 Diabetes?
Charitable help provides a gastric bypass and life-saving Kidney Transplant. »